From eLearning to Learning (Pt. 4 of 5): A Case Study in Blended Learning 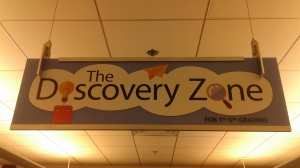 The unexpectedly explosive and transformational decision to try using Twitter to incorporate positive onsite-online e-learning experiences into Mount Prospect Public Library’s 2016 Staff Inservice Day “From eLearning to Learning” (the day-long exploration of how staff at the Library can better define and incorporate e-learning into its work) was almost an afterthought. It came up and was quickly adopted during a final planning meeting the day before the event, as I mentioned in the third of these five “case study” postings.

It’s not as if Twitter as part of our e-learning landscape is unfamiliar to trainer-teacher-learner-doers; we use it extensively in learning opportunities ranging from conference backchannel discussions to tweet chats along the lines of what #lrtnchat, #etmooc, and many others do. I often, through the “Rethinking Social Media” course I designed and facilitate for ALA Editions, call attention to the intriguing, cutting-edge work Rey Junco has done with Twitter and other social media tools in academic settings. And I’ve been lucky enough to experience high-end, dynamically-facilitated blended environments through participation in events creatively crafted by the New Media Consortium and other organizations.

But using it as a way of helping our “From eLearning to Learning” co-conspirators (the learners shaping and participating in the day-long event at the Library) opened doors none of us even began to imagine at the moment during which we initially discussed creating and using #mpplsid16 as a way of showing how social media tools can creatively, effectively, and easily help us redefine our learning spaces.

We primed the pump to engage in some major onsite rethinking about e-learning at the beginning of “From eLearning to Learning” by showing a few photographs taken within the Library and asking “Are These eLearning Spaces?”

Within the first few minutes of my highly-interactive 45-minute keynote presentation/discussion, very few people responded to the question with a “yes.” By the time we finished that initial keynote/discussion period about what the term “e-learning” means in our learning environments, almost every hand in the room shot up in response to the same question asked while the same images were again on display—an acknowledgement that any space in which we have Internet access is potentially an e-learning space. (One lovely note I received at the end of the day built upon the conversation with a suggestion that made me smile: “Your Elearning spaces slide needs a picture of my Dodge Caravan.”)

More importantly, that rapid expansion of everyone’s vision of what the e-learning landscape currently encompasses provided an amazing demonstration of the way a well-designed learning opportunity, developed collaboratively with learners and their representatives, can transform learners (and learning facilitators) within a very short period of time.

Having suggested to our co-conspirators that they could use Twitter as a way to take notes to which they could later return, and as a way to extend the reach of our gathering far beyond the physical walls of the various rooms in which we were meeting, I turned my full attention to the onsite setting during my keynote presentation. I didn’t return to Twitter until we had our first break—the one between the keynote and the first of three periods set aside for breakout discussions. I was absolutely floored by the level of tweeting that was already occurring. Some people were responding (very positively) to what was taking place; others were observing what was happening around them. And a few were sharing content in those Twitteresque 140-character bursts that shot around the world. The result was that we were beginning to work onsite and online simultaneously, and a few of the tweets were being retweeted by others across the United States and in Europe (apparently attracted by my occasional use of the combined hashtags #learning and #innovation).

Seizing the opportunity during the break, I retweeted a few of the more thoughtful tweets and responded to a few of the tweeters—which, of course, set the tone for an extended onsite-online expaned-e-learning-environment conversation that was still continuing as I rode a commuter train from Mount Prospect into Chicago early that evening.

Recognizing the potential there for a stand-alone learning object that anyone could continue to draw upon as long as it remains available, I remained in my hotel room an hour longer than anticipated before heading out for dinner; I knew that if I didn’t collect and transfer those tweets into a Storify document that included light annotations to set the context for what had just occurred, I would lose the in-the-moment excitement the entire experience had generated. It was available to anyone that wanted to seek it out less than four hours after “From eLearning to Learning” had adjourned. It also has become part of an overall “From eLearning to Learning” suite of freely accessible resources for anyone interested in trying a similar experiment within their own learning environment; links are included at the bottom of this post.

I was part of the first-rate Mount Prospect Public Library Staff Inservice Day planning team that designed and facilitated the process. I was the keynote presenter-facilitator, and trained the staff facilitators who led the breakout sessions. I know Twitter, I use Twitter, and I adore what is good about Twitter. But even I remain stunned by the depth of learning and the nuances contained within that particular Storify item. It has plenty of playful exchanges. It has tweets acknowledging the conversational nature of the “From eLearning to Learning” Twitter feed. It has lovely, poignant tweets about personal learning experiences—including one about how the Library director posted her first tweet as a result of what she was experiencing that day. It had some wonderful comments about how much staff enjoyed and learned from the event, and how enthusiastically they are looking forward to building upon what we built together in the best of all possible experiential-learning (hands-on) approaches—something fun, engaging, meaningful, replicable, and actionable.

But what stands out to me most as I continue rereading it, skimming it for previously-missed gems, discussing it with friends and colleagues, and learning from what all of us at Mount Prospect Public Library created out of our individual and communal learning experiences within that very attractive and dynamic community of learning, is how much it captures the wonderful results flowing from onsite-online (blended) learning opportunities that are learner-centric, goal-driven, and designed to produce results.

Next: After “From eLearning to Learning (Continuing the Training-Teaching-Learning-Doing Process)”

NB: This is the fourth of five articles documenting the process of helping to plan and facilitate a day-long exploration of how to effectively incorporate e-learning into our learning process. Companion components to “From eLearning to Learning” currently include a PowerPoint slide deck with extensive speaker notes, a facilitator’s guide, a lightly edited and annotated Storify document capturing that part of the conversation that occurred via Twitter, and online shared documents that contain content added by the learners during throughout the day of the main event. Some are shared here through those live links with the express approval of Mount Prospect Public Library training staff. For help in developing and facilitating a similar event tailored to your organization, please contact Paul at paul@paulsignorelli.com.

This entry was posted on Thursday, May 19th, 2016 at 4:27 pm and is filed under e-learning, libraries, training. You can follow any responses to this entry through the RSS 2.0 feed. You can leave a response, or trackback from your own site.